Based on the rankings of the SSRN database, we are able to create a ranking of the best – most downloaded – Open Innovation and related topics articles that have been published in 2013 so far. Therefore, this is a list of brand new theories, recent case studies, preliminary results and pioneering research.

Recently, one of our students made a short video about Crowdsourcing and Co-creation. The video gives insight in most issues that are important in the operationalisation of co-creation:

Open Innovation has been hyped for over a decade now. Despite of the fact that many researchers have been researching core aspects of the Open Innovation definition – as Henry Chesbrough has put it in 2003 and redefined it in 2010 – the concept has somewhat ‘blurred’, meaning that Open Innovation oftenly is mistaken for related terminology, such as (plain and easy) collaboration, co-creation or corporate transparancy. So it’s time to make choices…what is Open Innovation and what is not Open Innovation?

Ed Cottam, a researcher currently undertaking a PhD on Open Innovation at the Newcastle Business School, recently started an extended research study to break down the topic of open innovation into its bare essentials. This way he aims to be able to identify the key concepts that really matter and removing the superfluous.

He is asking your help, as part of the Open Innovation expert community, to gather as much qualitative information as possible. If you have experience in the field of (open) innovation or innovation management, he (and the whole community) is desparately waiting for your input.

Please answer the following questions (preferably in a comment, but an email will also do fine); leave your email address and we’ll share the final results with you personally. Thanks in advance on behalf of Ed Cottam!

Just like last year, we’ll publish a (small) list containing the most promising start-ups of the year. Obviously, we’ll share our opinion from the perspective of Open Innovation by answering the following questions:

The second position goes to Owlin; a start-up in the financial sector that scans and analyzes social data and creates insights in financial opportunities before organisations and press offices would be able to recognize it themselves. Owlin is part of the Rockstart’s Acceleration Programme and received earlier this week €200.000 euro on venture capital. 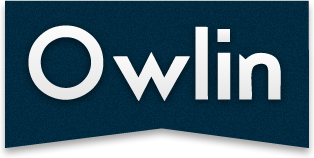 Just a few months online, however already getting wide attention, Fosbury. A start-up, developed by two of the former founders of Yunoo, that enables organization to quickly segment and advertise coupons and vouchers to smartphones. We’re expecting this type of organisation to set back the traditional paper advertising markets before the end of 2013.

We collaborated with Marcel Bogers, Associate Professor* at the University of Southern Denmark, to show you an exclusive preview of a lecture on “Managing Open Innovation”, that will air on Danish television later this winter. The lecture is about the “sources for innovation”: how to obtain and make use of external knowledge to commercialize ideas into innovations.

The talk focuses on Open Innovation and the role that companies and users play in the process. He addresses three steps:

In obtaining external knowledge for innovation, he firstly shows some examples of companies collaborating. When the talk continues, he moves towards the increasingly important role of consumers in this process, building a bridge between Open Innovation and, for instance, Co-Creation. Marcel Bogers referring to an example of the development of the internet:

“Is it something that came about because some large firm invested a lot in R&D and is now making a lot of money from it? Not really. It was Tim Berners-Lee – who was working at CERN in Geneve – who invented the internet. Did it came from large R&D investments? No, he just needed something to work more effeciently. So in fact, users are very important sources of innovation.”

His elaboration on co-creation as a substantial element of Open Innovation, is (in my opinion) one of the best parts of the lecture. Bogers gives several great examples of products that make up our daily routines and are basicaly invented by ourselves. Bogers: “Sometimes, it doesn’t come from users, but from specialists or small groups of users. And sometimes the experts and users join forces.”

He also refers to a recent study on the impact of consumers in R&D. In the UK alone there are some 3 billion people involved in innovating activities and they spend approximately £5 billion  on technological innovations. This is incomparable to the roughly 22.000 people actually working in R&D and is twice as much expenditure as corporate R&D. This leads to the hypothesis that the closed model of innovation isn’t longer valid anymore.

Do you have any further questions?

Bogers indicated that he will be glad to answer any questions regarding his talk: “If you are interested in
some of the references, let me know, as most of the references to the research upon which I base the talk aren’t visible in the lecture. Most of the material is coming from my own work with various collaborators, and I would be happy to share or discuss this work.” Please feel free to drop your question or remark below.

We will update this post once it has been aired on Danish Television.